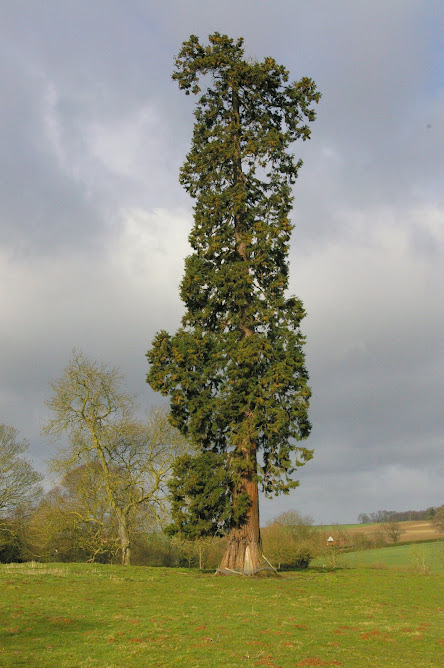 This giant redwood stands adjacent to Beauchamps Wood dwarfing all the trees nearby. Also called wellingtonia it comes from North America. The giant redwood was discovered in 1851 growing in the Sierra Nevada. Seeds were first sent to Britain in 1853 the year that Wellington died hence its name. The giant redwood can grow to over 100 metres and live 3000 years. The cones can only ripen after a forest fire. 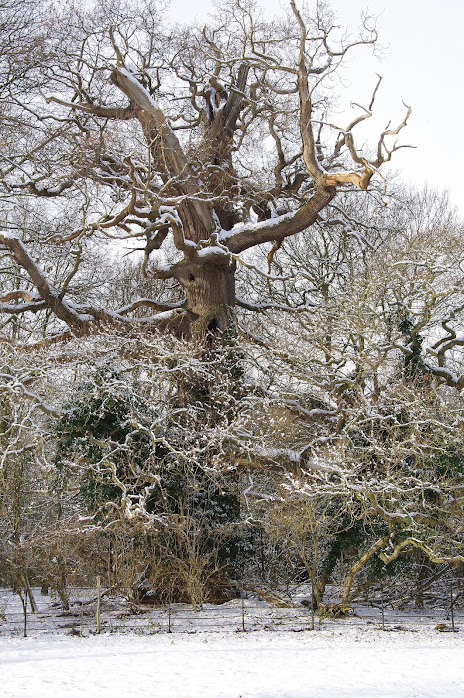 Fredville Park is famous for this ancient oak tree. It was planted in about 1500. It has a height of 18.80 metres and a girth of 12.18metres. Pedunculate oaks are native to Europe and extremely long lived. They flower in May and the acorns which develop are on long stalks or 'peduncles'. 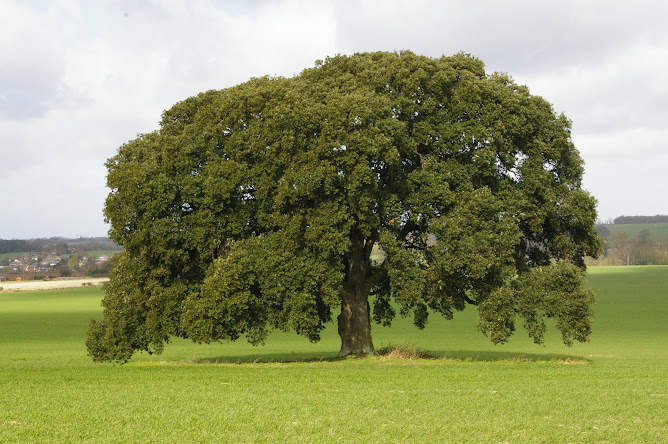 Evergreen oaks are also called holly oaks or holm oaks. There are several mature evergreen oaks in Nonington in the two fields opposite Beech Grove. This one is situated at the top of the arable field near Coldblow. Evergreen oaks can reach 25 metres in height. They are native to the Mediterranean region 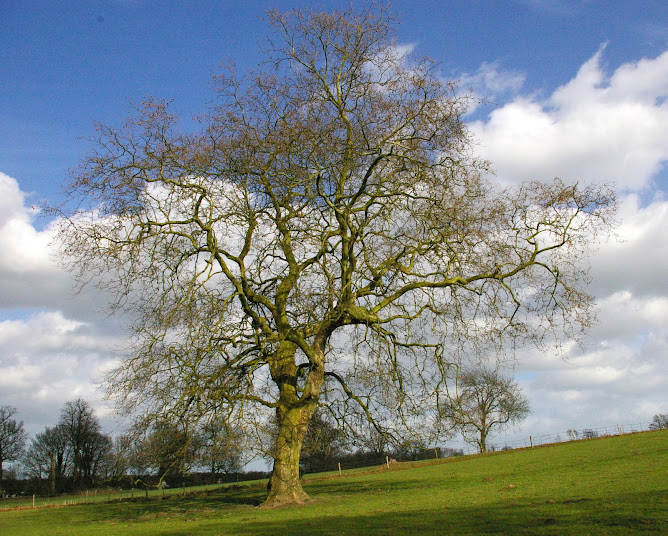 This tree is situated in Fredville Park to the left of the track entering the Park from Easole Street. London planes are deciduous (this photo was taken in early Spring) and grow to over 30 metres. The bark is distinctive because it peels in flakes producing an attractive mottled effect. 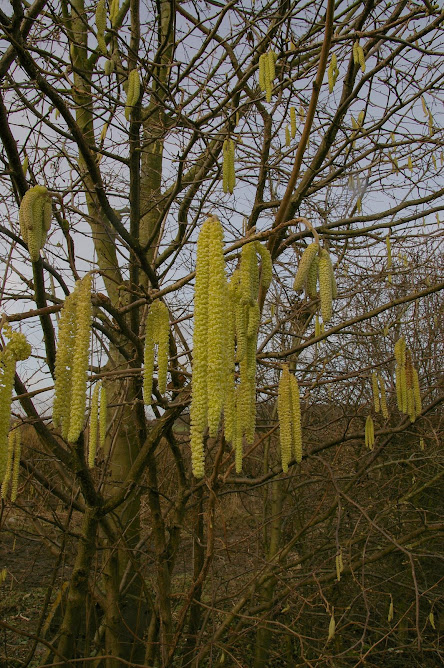 The hazel is a shrub or small tree which is often coppiced. This one was photographed in February at the edge of the field on the bend in Beauchamps Lane. The catkins are the male flowers. The female flowers are small red tufted structures. 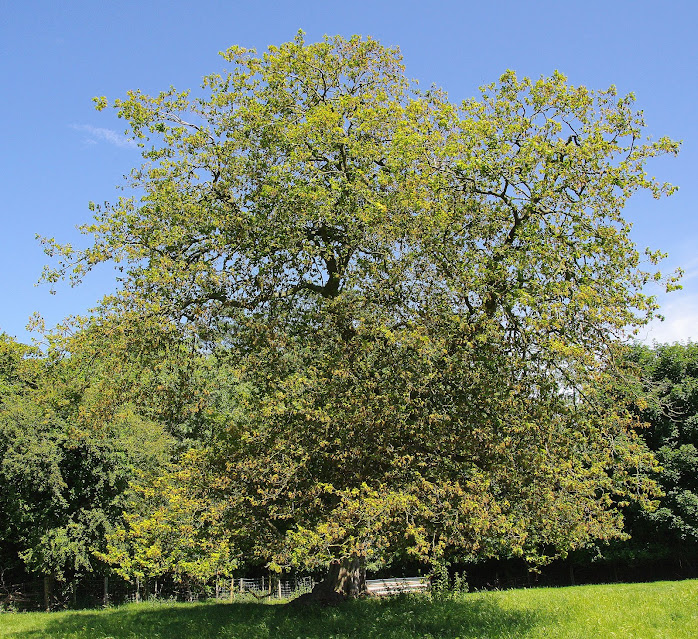 Hornbeams are native to Asia Minor and Europe, including south-east England. They are cultivated to be used as hedges or as parks and street trees. Their fine-grained timber is also used to make mallets, skittles and some of the moving parts in pianos. This tree was photographed in Freville Park. It is showing signs of wear and tear as a large branch has broken off. 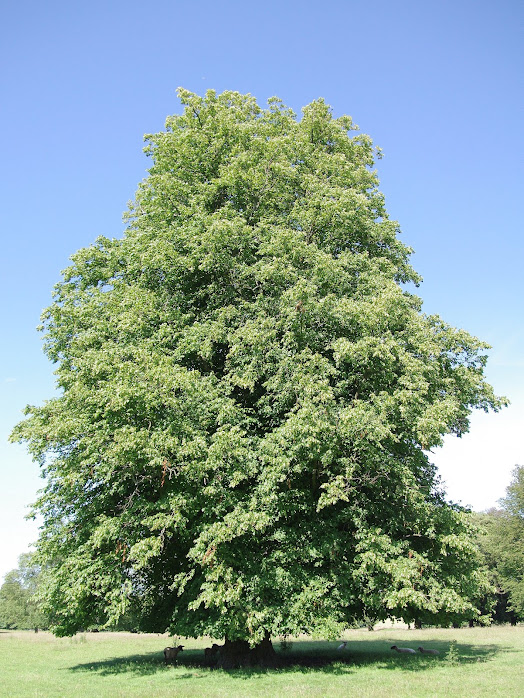 Limes grow to about 39m. They have fragrant flowers which open in early July in drooping clusters. Leaves are bright green and often covered with a shiny resin or honey-dew exuded by aphids. A distinctive feature of limes are the numerous suckers produced at the base. This one was photographed in July in Fredville Park. 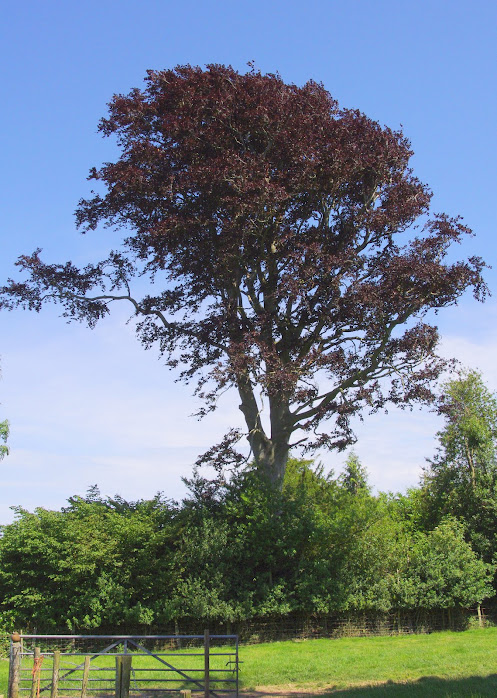 This copper beech was photographed in Fredville Park in July. They are native to Britain and are commonly planted. They are sometimes called purple beeches. Their leaves range in colour from dark purple to reddish-green. 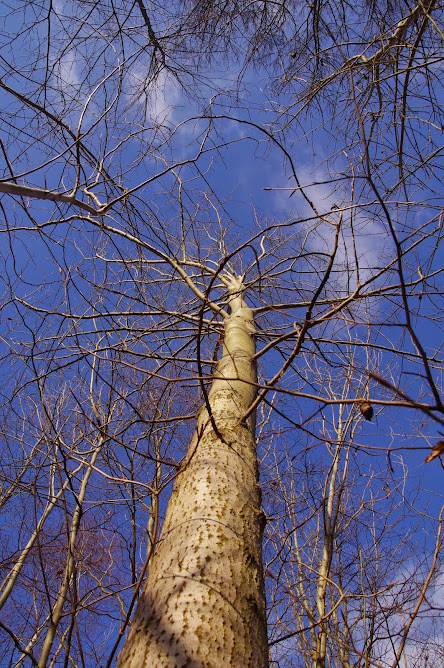 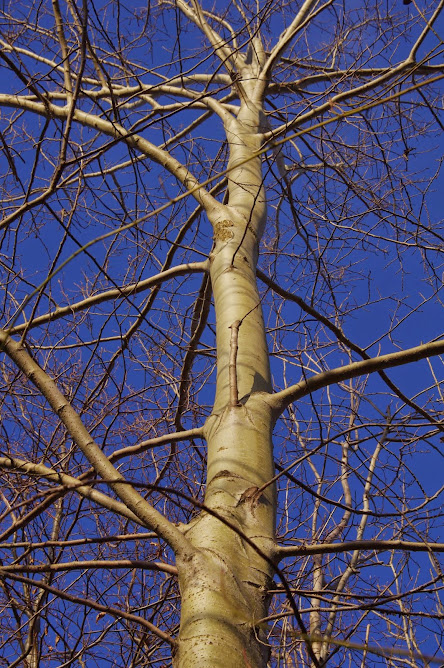 Aspen is our most widespread poplar. It is a deciduous tree which grows to 20 metres. These photos were taken during February in a clearing in the small wood which grows alongside Sandwich Lane. In Summer aspens are easily identified by the manner in which their leaves flutter almost silently in the wind. The leaf stalks are flattened and slightly twisted.

No posts.
No posts.
Home
Subscribe to: Posts (Atom)